Dear Tekes and Friends of TKE,

Homecoming is nearly here!  Below is a quick reference guide for the weekend:

All Weekend Long:  Starting tomorrow: Stop by the 29 Diner and dine normally and when you check comes, ask for a donation to be made to the TKE Alumni Association!  Ten percent of your check will come to us as a fundraiser.

That’s it!  Who’s ready for a great weekend!

I love this Fraternity 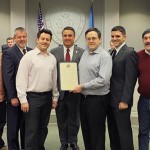 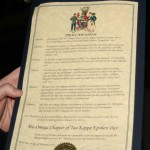